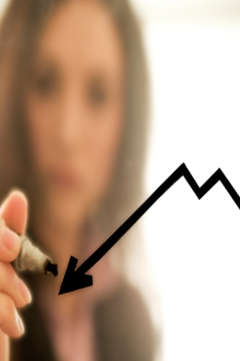 A new study from the University Medical Center in Rotterdam, Netherlands found a healthy lifestyle may be linked to less long-term risk of dementia for most people, but not those already at high genetic risk. The study was performed by Silvan Licher, MD and published in Nature Medicine.

Details of the Study

The study showed dementia risk could be lowered by as much at 73 percent by changing certain lifestyle factors. The Rotterdam study looked at 6,352 people 55 and older who showed dementia incidence over the past 15 years. More than half of the participants were women and two-thirds had a favorable lifestyle, including regular physical activity, a healthy diet, limited alcohol intake and no history of smoking.

Relation to Other Research

“You have to put this research in the overall context of everything we know,” said Keith Fargo, director of Scientific Programs and Outreach at the Alzheimer’s Association in Chicago, who was not involved with the research. “This study says that adopting multiple healthy lifestyle behaviors is protective. That’s the general take-away of this paper: there are things you can do to protect your brain to reduce your risk of cognitive decline and dementia as you age.”

In-depth research into the Rotterdam study and others like it is one way to better understand whether genetic risk for dementia can be altered by a healthy lifestyle. The findings of the Rotterdam study contrast with those from another population-based study from the UK Biobank conducted earlier in 2019. This study made a case that a healthy lifestyle was associated with a reduced risk of dementia, regardless of genetic risk.

Several differences may account for the contradictory findings. While both were observational studies based on large databases, the UK Biobank study used a polygenic risk score, an index of different genes associated with dementia including APOE, while the Rotterdam study separated APOE from 27 other dementia-risk genetic variants. APOE, a protein involved in the metabolism of fats in the body, has been linked to Alzheimer’s disease.

The UK Biobank study also had a younger baseline with a mean age of 65.1, compared to 69.1 for the Rotterdam study. Licher said, “The combination of stronger genetic predisposition and an older age at baseline may have had detrimental consequences for people at high genetic risk in the Rotterdam study regarding dementia, irrespective of their modifiable risk factor profile.”

We provide specialized dementia care in a secured neighborhood. Contact us to learn more about admission to West Hartford Health & Rehabilitation Center.