Why is Alzheimer’s Risk Higher in Women? 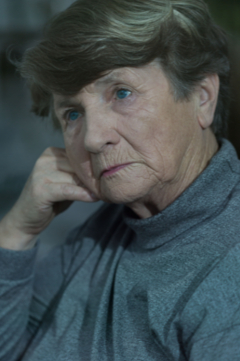 There are many forms of dementia, but Alzheimer’s is the most common. This disease impairs intellectual abilities and memory, often interfering with a person’s daily life.

Many studies have been conducted to learn more about this disease and the research continues, as more people are diagnosed with Alzheimer’s every day. Recently, researchers found that the disease tends to affect women more often than men.

A new study presented at the Alzheimer’s Association International Conference by researchers from Vanderbilt University found that roughly 65 percent of people living with Alzheimer’s are female.

The researchers used scans from a method called positron emission tomography to look at the way clumps of a protein called “tau” were spread in the brains of volunteers – both with and without cognitive problems.

From this data, the team was able to build maps showing which areas of the brain had similar signs relating to tau in the scans. The results suggest these maps look different in men and women, indicating tau can spread more rapidly across the female brain.

Differences In the Brain

Other research presented at the conference lent credibility to the idea there might be differences between men and women that affect dementia risk. Research from scientists at the University of Miami revealed specific genes and genetic variants that appear to link Alzheimer’s disease in just one biological sex or the other. If true, it could mean there is a genetic reason for differences in dementia risk and the way it develops by gender.

A year ago, researchers from Stanford University studied over 8,000 people looking for a form of the gene ApoE-4, which increases the risk of Alzheimer’s. The study found that women who carry a copy of that particular gene variant were twice as likely to develop Alzheimer’s as women without the gene.

These findings are a start to identifying a genetic and biological link to why women are more likely to develop Alzheimer’s than men.

West Hartford Health & Rehabilitation Center provides specialized memory care for people with Alzheimer’s. To learn more about dementia care for a loved one, contact us today.