Is Dementia Risk Increased by Lack of Sleep? 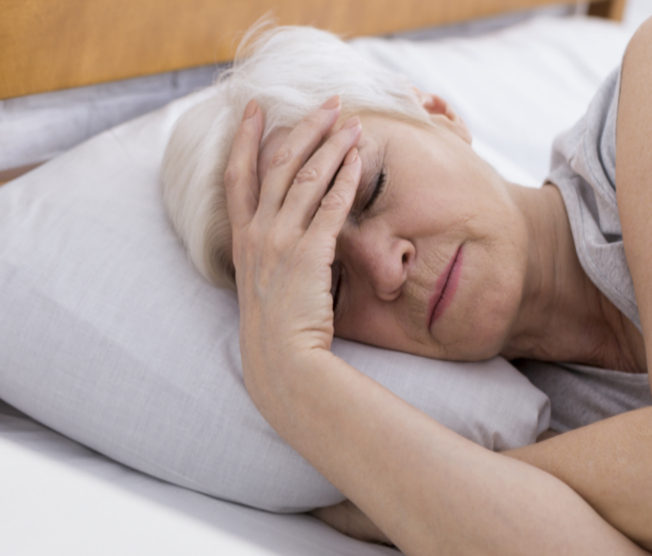 Several studies over the years have shown how poor quality or lack of sleep can affect overall health. A recent study published in the Journal of Sleep Research highlights how sleep difficulties correlate with greater dementia risk with age, including challenges falling and staying asleep.

Researchers from Brigham and Women’s Hospital and Harvard Medical School in Boston examined 6,300 adults aged 65 and older for eight years to assess sleep quality and the development of dementia.

They found that individuals who had more difficulty falling asleep had a 49 percent greater chance of developing dementia with age. Addressing another issue related to sleep quality, individuals who awakened during the night and had trouble falling back asleep saw their risks increase 39 percent.

Subjects who had difficulty falling asleep and going back to sleep after waking up in the night saw their risks elevate 58 percent. Researchers further discovered that individuals experiencing chronic insomnia had higher mortality rates than those without sleep issues.

Relationship Between Sleep and Dementia

Fluids accumulate on the brain as we sleep to flush away the plaques associated with dementia. It’s believed that when we don’t get the recommended seven to nine hours of sleep per night, this process is not completed. As a result, plaques gradually build up over time and increase risk of dementia.

The Boston study is not the first to reach this conclusion. Research from University College London also discovered a link between poor-quality sleep and dementia after examining nearly 8,000 British government employees, starting in the 1980s.

Through 2013, researchers questioned 4,267 participants about their sleep habits and required them to wear an accelerometer for nine days to gather data about their body movements. With time, 521 participants between 63 and 86 were diagnosed with dementia.

Those over 50 who slept six or fewer hours per night had a 22 percent greater chance of developing dementia compared to those who slept for longer. Rates also increased as the study’s participants aged. By 60, those getting six or fewer hours of sleep per night were 37 percent more likely to develop dementia.

How You Can Sleep Better

To get the minimum seven hours of sleep each night as you age, it’s recommend to:

West Hartford Health & Rehabilitation Center has a team of trained dementia and Alzheimer’s specialists ready to assist patients as these diseases progress. To learn more about our approach to dementia and long-term care, contact us today.

Please Share This
Read Previous Article:
« Why Are Seniors At Elevated Risk for Diabetes?
Read Next Article:
The Relationship Between COPD and Pneumonia »