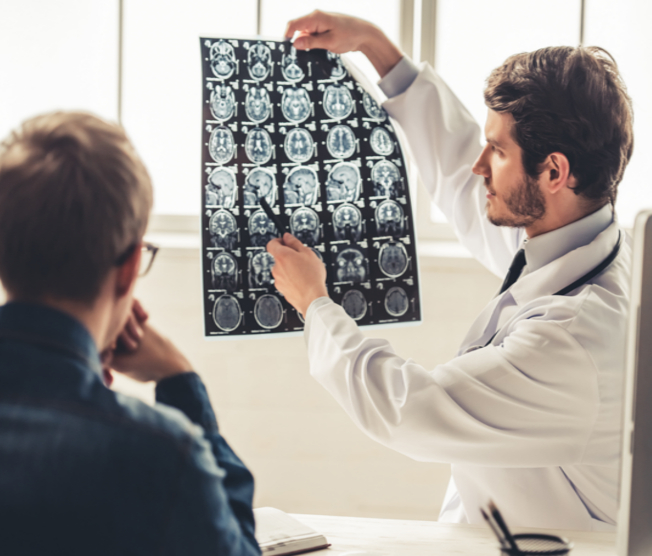 A form of dementia, Alzheimer’s disease has no known cause. Diagnostic methods are often extensive, involving multiple tests to rule out other conditions.

Yet patients with certain illnesses, including obstructive sleep apnea, have a higher chance of developing Alzheimer’s later in life. A recent study explored the relationship between these two conditions.

What Is Sleep Apnea?

People with obstructive sleep apnea briefly stop breathing during the night when muscles in the airway relax and the passage narrows. Individuals with sleep apnea may snore loudly, experience poor sleep quality and fatigue.

The condition may cause decreased memory, attention span and executive function over time, making a person more prone to developing dementia with age. Although correlation is not causation, a higher percentage of Alzheimer’s patients live with sleep apnea than other segments of the elderly population.

While Alzheimer’s disease is not a natural progression of aging, individuals over 65 have a higher risk. Although no single diagnostic procedure exists, the accumulation of amyloid plaques in the brain indicates its presence and can influence progression.

Results of the Study

Despite no Alzheimer’s diagnosis, 70 percent of all samples displayed neurofibrillary tangles and 38 percent had amyloid plaques accumulating in the hippocampus. Researchers hypothesized these individuals were likely living with mild cognitive impairment (MCI) or undiagnosed Alzheimer’s.

Severity also correlated with the progression and number of plaques. Patients living with a more severe form of sleep apnea, when adjusted for age, BMI and sex, saw a larger number of amyloid plaques in the hippocampus. However, this pattern was not consistent with the number of neurofibrillary tangles.

Similarly, samples with neurofibrillary tangles and amyloid plaques along the brainstem did not correlate with a more severe form of sleep apnea.

Samples from those with mild sleep apnea indicated the presence or future development of Alzheimer’s. These individuals had plaques and neurofibrillary tangles in the cortical area of the hippocampus.

Yet not every patient diagnosed with sleep apnea will develop Alzheimer’s. Instead, the pattern created through sleep apnea may influence disease progression, negatively affecting the hippocampus.

This research builds on past studies with similar findings. A 2015 study conducted by researchers from New York University found that individuals with sleep apnea develop MCI 10 years before patients not diagnosed with sleep apnea. Alzheimer’s symptoms in these patients also show up five years earlier.

Is your loved one living with dementia or Alzheimer’s disease? West Hartford Health & Rehabilitation Center has a dedicated dementia and Alzheimer’s unit staffed by professionally trained employees. To learn more about our services, contact us today.

Please Share This
Read Previous Article:
« What Are the Risk Factors of Developing Dementia?