Understanding the Difference Between Alzheimer’s and Dementia 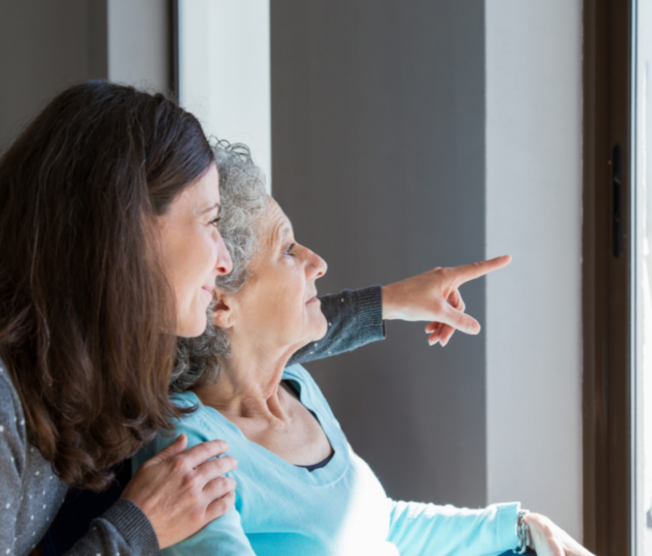 Many people use the terms “Alzheimer’s disease” and “dementia” interchangeably. However, there are several key differences between these two medical conditions.

For one, dementia is a broadly applied term used to describe cognitive decline; Alzheimer’s disease is a type of dementia and the most common cause. As older adults are more at risk for both conditions, here’s what you should know.

Dementia itself is not a specific condition, but a general medical term used to describe a loss of memory, reasoning and other cognitive skills. As such, dementia encompasses multiple conditions and has more than one source.

Since dementia is a syndrome, its presentation varies. A patient may actually be living with multiple forms, a condition known as “mixed dementia”. Currently, Alzheimer’s disease is the most frequent presentation, accounting for 60 to 80 percent of all cases.

Generally, dementia affects an individual’s memory, communication skills and ability to perform daily tasks. The condition arises when certain sets of brain cells are damaged and may be affected by a degenerative disease, such as Parkinson’s or Huntington’s.

Individuals may also experience dementia following a stroke or as a result of a tumor, vascular disease, hypoglycemia, a metabolic disorder, HIV, depression or drug use.

Dementia is not an inevitable part of aging. The condition may start with an individual having trouble keeping track of time or forgetting a familiar setting. General confusion and the inability to recall information gradually worsens over time.

You may notice a loved one frequently repeating questions and experiencing episodes of depression or aggression. While dementia cannot be reversed, the right medications can assist with managing symptoms and reducing aggressive behavior.

What Is Alzheimer’s Disease?

Alzheimer’s is also a result of brain cell damage – specifically, abnormal protein deposits from accumulating plaques. This change then manifests as dementia symptoms.

The first sign of Alzheimer’s disease is often an inability to retain new information. This symptom may emerge as early as age 40 and get progressively worse, until the condition affects language, reasoning and thought processes.

West Hartford Health and Rehabilitation Center is a state-of-the-art facility for Alzheimer’s and dementia care. To learn more about our approach and services, contact us today.